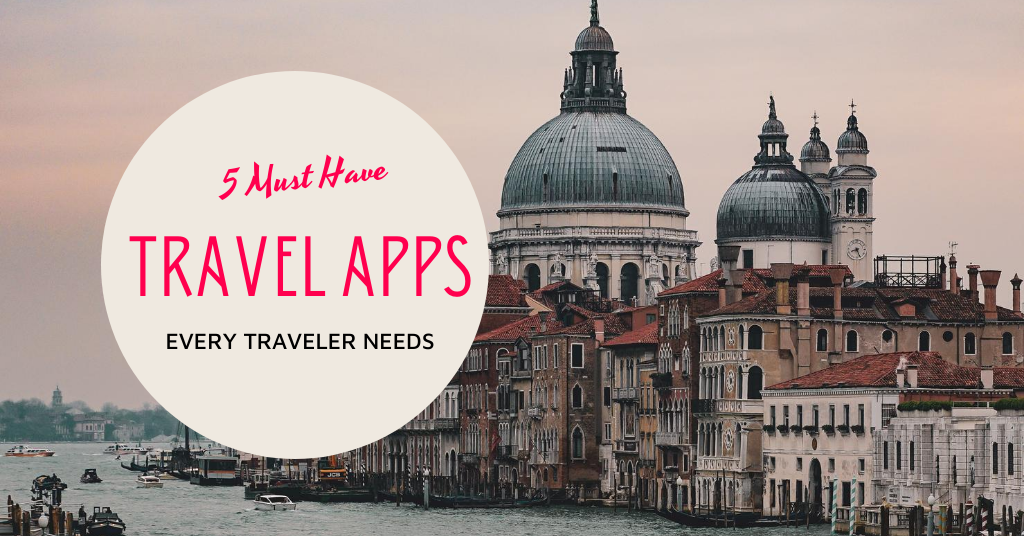 There certainly is no shortage of travel-related apps these days.  When it comes to planning, booking, and traveling on a vacation, it seems like people are relying more and more on technology to help them along the way.  That technology is usually in the form of some sort of app they’ve put on their Android or Apple devices.  The problem isn’t finding all sorts of apps.  The problem is finding apps that are decent, work right, and give you reliable information.  Well, here are a few must-have travel apps that we think you might find useful.

5 Must Have Travel Apps

If you travel internationally, Google Translate is essential.  With translation support for over 100 different languages you’ll find communicating with someone who doesn’t speak your language a total breeze.  We’ve used this translate app extensively and we think it’s the best.  We’ve handled everything from simple translation help in a restaurant or supermarket to a complete technical conversation involving a new internet installation in a rental apartment….yep…in a language we didn’t speak!  Available for both Android and IOS and you can use it online or offline.  And it has a cool camera feature that allows you to translate the text in any image.  This works wonders with foreign menus and signs!  There are many ways to use Google Translate and this article will help you out with that.

Viator is one of the best apps to use for guided tours, days trips or private guides.  There are tours from locations all over the world.   Pricing is generally very good and detailed descriptions and instructions are on the site with reviews.

Yelp is very helpful for restaurant reviews but for other services as well.  You may already use Yelp close to home, especially for restaurants.  But you may be unaware that it’s an excellent tool to use for restaurant reviews internationally in many different countries.  When you’re in a country that you’re not familiar with it can sometimes be difficult to know where to dine.  This makes the Yelp app a valuable resource when you’re traveling outside the country.

If you fly alot and like to use the airport lounges, this one is for you.  Whether you’re a member of one or more airport clubs or not, LoungeBuddy is useful because it will tell you which lounges are available in the airport you’re currently in.  So if you’re not sure whether a specific lounge has a location where you are, LoungeBuddy will tell you that.  Uh oh, not a member of any airline club lounges?  LoungeBuddy will also tell you if there are any free clubs around you or whether there are any that will see you a day pass.  So LoungeBuddy has you covered either way.

Android LoungeBuddy app – Sorry Android users…no app for you guys as of now.Goog

That’s it for today’s roundup of must have travel apps.  I hope you find some of these useful.  Do you have a favorite travel app of your own?  Leave us a comment and let us know what it is!

Got any questions for us?  You can contact us here and we’ll get them answered.